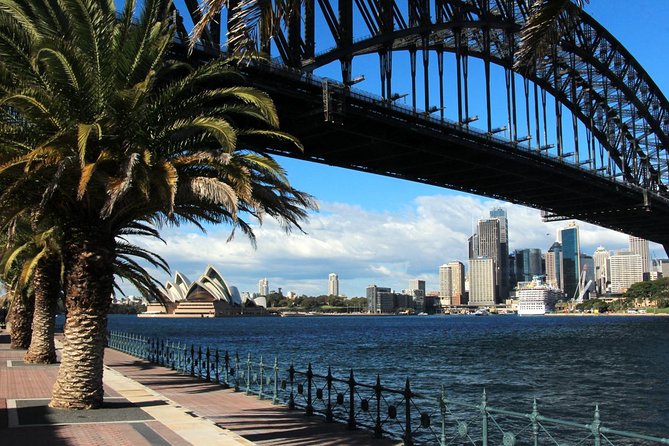 Explore the outside of the iconic Sydney Opera House and capture that perfect shot. Your guide will take you on a fascinating journey through the drama and intrigue which led to the building of this architectural wonder of the modern world. If you have time, book an optional interior tour of this wondrous performance venue

Have your camera ready for the best view in Sydney! Look across the sweeping harbour view to the Opera House and the Sydney Harbour Bridge, and learn the story of Mrs Macquarie and why of all things, she has a stone chair named for her.

Enjoy a driving tour past the Royal Botanical Gardens, the heritage State Parliament House and the landmark St Mary’s Cathedral. Your guide will provide expert commentary for all of the driving tour.

Learn about Sydney’s seedy underbelly as you drive through the infamous Kings Cross. Once the notorious Red Light district of Sydney, these days it is the popular night life area. Be entertained by the stories and characters of this district, and maybe observe a few for yourself as you drive down Darlinghurst Rd.

Meander up the eastern arm of Sydney Harbour to the spectacular Watson’s Bay. Look back at the expanse of the largest and deepest harbours in the world. Take a short stroll to the lookout point at The Gap, a dramatic ocean cliff which faces out over the vastness of the Pacific Ocean.

Visit one of the most famous and beautiful beaches in the world when you stop at Bondi Beach. Look out for the celebrated Bondi Surf Rescue crew in their distinctive Yellow and Red caps. Stroll the promenade, grab a drink or even twinkle your toes in the sea.

Cross over the heritage-listed Sydney Harbour Bridge. Completed in 1932, this steel structure carries trains, cars and pedestrian traffic between the south and north shores of Sydney. Hear about the harrowing construction as you pass under its enormous arch.

Stop at McMahon’s Point for a completely different perspective of the Sydney Harbour. The majesty of the Harbour Bridge looms large and frames the Opera House as you look back across the waters. This is the postcard shot that everyone wishes they had!

“Seven miles from Sydney and a thousand miles from care" an old advertising slogan once sang. Manly really is a unique Sydney beach experience. With the wide expanse of the Norfolk Pine tree-lined ocean beach, dotted with surfers, and only a short walk down the open air shopping mall known as The Corse, lies the gentle harbour beach, a haven for tiny tots and families. Relax and soak in the easy going atmosphere or take a wander around to the hidden gem that is Shelley Beach.

Stop at the lookout to the gateway to Sydney. North Head is one side of the narrow passage that, just like a hidden doorway, reveals the secrets beyond. Look out on the unparalleled views that stretch out before you. Imagine Captain Cook and the Endeavour sailing through these Heads to the magnificent harbour within.

If time allows your guide can take you to some of our secret spots. Places with names such as Arabanoo, Bradley’s Head, Dee Why, Curl Curl and Balmoral. We can customise your tour to make sure you get exactly what you want during your time in Sydney.

Traveler pickup is offered
You will be picked up from your Sydney Hotel or other central location within 5km of the city center. We can also meet you as you arrive at Sydney International or Domestic Airports.

For groups of 11 people or more, there is an additional fee of AUD$10 per person to accommodate your luggage for Cruise Ship and Airport pickups or drop offs. This can be paid to your guide in cash on the day, or we can send you a payment link to prepay by credit card.

You will need to load and unload your own luggage. Our guides are not professional porters and under Work, Health and Safety regulations are not permitted to lift heavy bags. 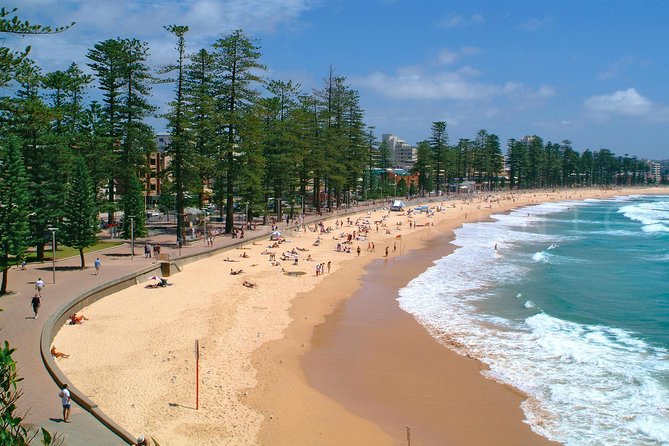 
We selected Runaway Tours because their advertising said we could customize our tour to fit our needs so with some skepticism we booked the tour hoping to arrange it that way. We were a group of ten adults who wanted to be picked up at the cruise ship dock along with our luggage, spend the day seeing the central business district sights and at the end of the day we needed to be dropped off in two separate locations. Thru email conversations with the owners Mandy and Stephen at Runaway Tours we had all of our needs and concerns met and exceeded. The tour was great, seeing exactly what we wanted to see and basically dictating how long we would be at each venue. We toured the Sydney Opera House amazing, Mrs. Macquarie's Chair fabulous views, the Botanical Gardens beautiful plants and flowers, St Mary's Cathedral great architecture inside and out, Paddy's Market shopping and lunch, the Sydney Harbor Bridge amazing structure, and the Rocks great history lesson. Our tour guide Essey, thou not being born in Australia, has a deep love and appreciation of her adopted city of Sydney, was extremely well informed, humorous, light hearted and accommodated all of our needs and requests. This was truly a custom tour with our group of ten, a trailer in tow for our luggage, and we were able to make the best of the time we had to see the sights. We would highly recommend this tour company to anyone looking to self-customize their tour after our conversations with Essey we are positive that Runaway Tours would also give the same time and energies to their prepackaged tours. We are looking forward to returning to Sydney and touring again with Essey and Runaway Tours!