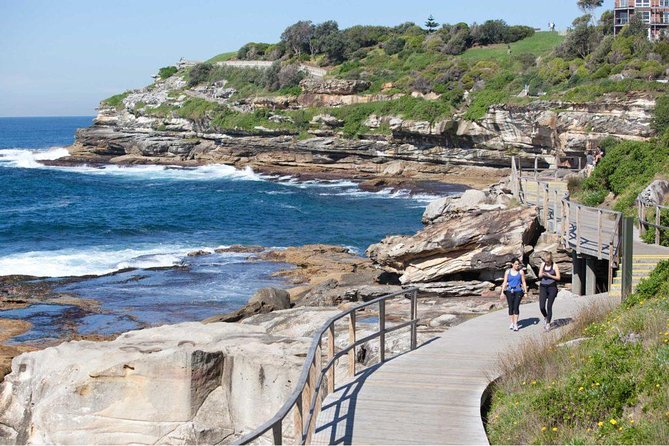 A delight to explore, Sydney Harbour is one of the most beautiful natural harbours in the world. Enjoy a panoramic drive along the sparkling blue waters, iconic attractions, hidden beaches and intriguing heritage.

The Rocks is a neighbourhood of historic laneways in the shadow of Sydney Harbour Bridge.

With white sands, curling waves and sandstone cliffs, Bondi Beach is Australia's most famous beach and a world icon.

No trip to Sydney would be complete without taking the Sydney Harbour Bridge Walk from The Rocks to Milsons Point. Your guide will drop you at the Rocks and meet you on the other side.

The Gothic-style St Mary's Catholic cathedral was built from local sandstone from 1821-1928.

Manly Beach has vast open stretches of golden sand and is key to the development of Australia's surfing & beach culture.

Take the Bondi to Coogee walk and discover natural beauty on one of the best Sydney coastal walks. We will go for 20-30 mins walk finishing at Tamarama beach.

Visit one of the 20th century's most famous and distinctive building - Sydney Opera House and enjoy the spectacular views.

Wrapped around Farm Cove at the edge of Sydney Harbour, the Gardens occupy one of Sydney's most spectacular positions.

Warm yellow-colored sheer cliffs and crashing waves dominate the view from The Gap Park. Walk along the scenic cliff top and enjoy the views of Tasman Sea and ships leaving Sydney Harbour.

Visit Watson's Bay and The Gap. Watsons Bay is located on the southern head of the entrance to Sydney Harbour.

Traveler pickup is offered
Pick up and drop off including all Sydney hotels and Airbnb's. 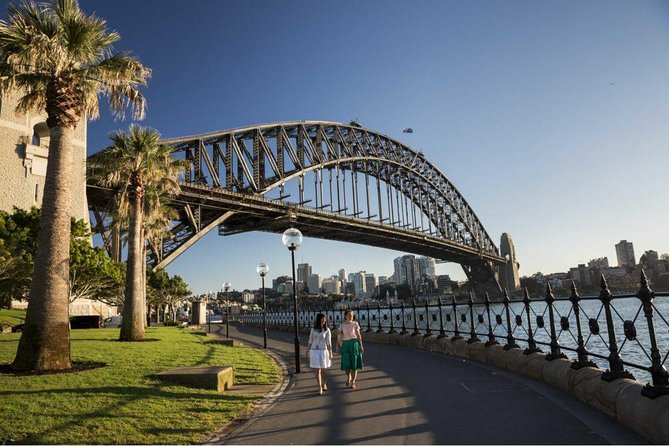 
We booked this tour so we could have a great day in Sydney before we caught our flight home. We were picked up at th pier on time and started our tour in a very comfortable SUV. Our tour guide Leisa was a true delight. Asked us what we would like to see, then made her suggestions. We had a full day of great touring of Sydney, it’s suburbs and beaches. At the end of the tour we we were dropped off at the airport. We highly recommend this company. Leisa thank you for a lovely day


I am pleased to represent the people who took this tour. Our guide was interesting, had much information to share and made the tour a great success with his anecdotes. We feel that he is an excellent tour guide. We stopped at many sites that we had heard of but would not have been able to find them in a day with such interesting commentary. We were a party of 4 adults and enjoyed having our guide to ourselves. His VW van was comfortable and had free wifi! We highly recommend this tour and our excellent tour guide. Thank you for making our tour a great success.
Terry, Marg, Pat and Chris from Vancouver BC. Good Luck in your new adventure!


Khoran was a great guide and extremely knowledgeable and friendly. He let us customize our tour, which we appreciated. We saw a lot of great things in Sydney and would recommend this tour!