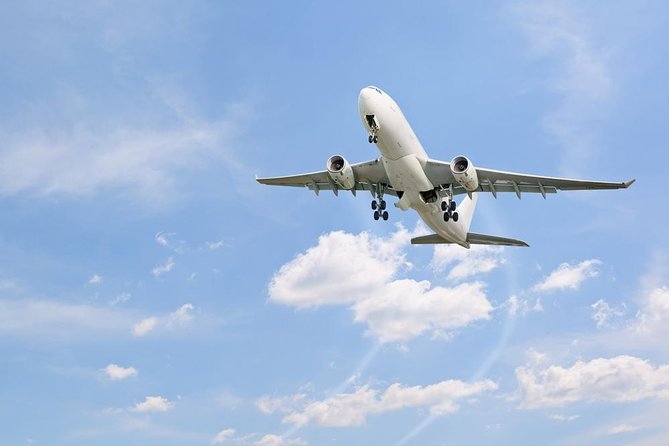 On exit from the baggage area, visit one of two information desks inside either T2 Domestic or T1 International airport. You will then be escorted to the bus ranks where you will board your comfortable Renault Masters vehicle for your transfer to either Sydney CBD, Overseas Passenger Terminal or White Bay Cruise Terminal.

Your vehicle includes a professional driver and assistance with your luggage as you board the comfortable vehicle. With limited stops, this airport transfer will have you to your destination within a safe and timely manner. Reduce the stress of finding transport as you arrive with an organised transfer with pickups operating for all domestic and international arrivals.

Infant seats are not available

Luggage restrictions: permits one (1) bag plus one (1) carry-on. If you have additional bags, please contact your local tour operator

This tour/activity will have a maximum of 11 travelers

Posted By : martin b


Very smooth ride, professional and free wi-fi.... I will do this again next time in Sydney....


Very confusing on where we had to go to get it


Feb 5 2017 SYD to Cruise Terminal
The service was frustrating

The day was very hot and humid, demeanors were frayed.
No kiosk to check in as described in your directions.
Many people seeking to check in
We finally found a wandering besieged guy attempting to mollify everyone.
Some people had been waiting 2 hours for a transfer.
When finally able to board a bus, we were taken to several destinations before finally going to the cruise terminal, there were still 2 people on the bus to be dropped at Potts Point.
Will never attempt this transfer again.


The service was poor when we arrived at the terminal from nz. We waited for 15-20 minutes before a shuttle became available. Then we waited another 10 minutes before the shuttle departed once everyone was aboard. The driver took a long time to decide what order he would deliver everyone to their destinations.
Finally after dropping everyone else off we were dropped at White Bay Cruise Terminal. It was a very long process. I will not be using this Viator service again.