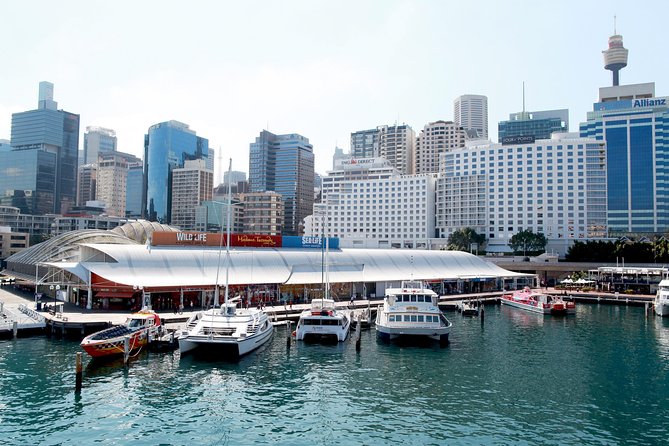 The following is included on your 'Darling Harbour Experience Ticket':

Nowhere else in the world will you find a larger collection of Australian aquatic life, with over 13,000 animals.

A showcase of Australia's unique and bizarre flora and fauna. You can enjoy many of Australia's weird and wonderful creatures at this world class exhibit.

Sydney Tower Eye experience takes you a staggering 820 feet (250 meters) above Sydney, commanding breathtaking views of one of the most beautiful cities in the world. Also includes the 4D Experience - a ground breaking 3D film with in-theatre effects and a breathtaking fourth dimension that gives an amazing view of the city.

Cruise the harbor by the Red Rocket and hop-on and off at any of the following stops: Darling Harbour, Circular Quay, Fort Denison, Taronga Zoo, Watsons Bay, Shark Island and Luna Park

Please present your Viator voucher to the admissions team at the entrance to the first attraction you visit. If you have a smartphone then you can display your voucher on your mobile phone for scanning, or alternatively you can bring a printed voucher. 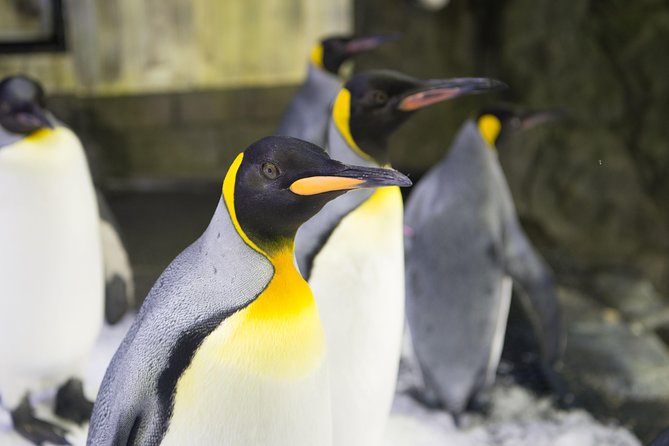 Once you have exchanged your pre-paid voucher, your Darling Harbour Experience Ticket is valid for 1 month, for single entry only to the attractions included.

This tour/activity will have a maximum of 80 travelers


We took advantage of many of the options, but did not have time for all of them. There were just too many. Both the aquarium and animal park were amazing.


I was able to spend a lovely day in Sydney visiting all its major attractions.


This was by far the best value obtainable from viator. We had nearly a month to use all the passes we received and because we had other tours booked by far the most flexible with use time. Beware though Nick owns 6 restaurants in Darling Harbor and all are fantastic but the voucher is for Nick's Bar and Grill directly across from the Majestic touring boat (which is also a must and available through the Sydney pass). Our included dinner was excellent as were our meals at Nick's local restaurants. The included meal was a real treat given the cost of meals in Australia. Our US dollar was devalued a few times while in Sydney which made prearranging our tours ahead of time an even better value. This pass truly included everything in Darling Harbor we used every voucher. Definately worth the investment. Hurry though the monorail was sold to Tasmania and won't be running past June of 2013 in Sydney.


We had a great and wonderful time in your city. Looking forward to visiting again!!!!!


We used most of the elements of the Harbour Pass. The only one not used was the meal voucher. This was only due to lack of time as we added our own visits to The Maritime Museum as well as a personal visit to the Wellcome Memorial and the Hard Rock Cafe to our four day stay in Sydney.
We found the pass the best value and once you had collected all your tickets from the Aquarium you were fast tracked through the prepaid shortest queues at each attraction.
We also over heard ticket counter staff at one attraction advising a customer to use the internet to get a Viator Darling Harbour Pass as it was the best way to see all the attractions


A great value for money trip! Covers everything, well worth doing if you are in Sydney for a few days

Posted By : T A G
We had an excelllent time. The pass is great value and we would recommend it highly. Thanks!
Rating :


The ticket pass was excellent, great price with 5 attraction and meal at the restaurant in darling harbour. Although we didnt use our hop on off cruise due to the lack information what time the cruise is closed and which cruise can we ride. I just google the captain cook cruise and it mention that in king st wharf will be closed at 7.30, by the time we arrive at 6.50 only captain cook cruise public transportation that still open. Other than that everything was amazing


Hop on Off ferry was the very best Dinner was fine but you should include an address. Skyview was very impressive.