Hiring a campervan at Perth, then you need not look any further for comparing campervan booking prices. We have all the latest offers right here for you on a multitude of motorhomes.

Save heaps on Perth campervan rentals with all major providers in Western Australia. Did you know the city of Perth is located in the State of Western Australia. Perth is also the capital city of the state. It is home to nearly two million Sandgroper's as they are affectionately called by most Australian's. The majority of the Perth metropolitan area has been settled on the Swan Coastal Plain, and the majestic Swan River winds its way through much of the Perth city area.

It was Captain James Stirling that first discovered the region in 1829, which was at that time known as the Swan River Colony.

Perth has long been known for its cleanliness, and is often referred to as the cleanest city in Australia. The entire metropolitan area has an unbelievably large amount of parks and parklands, not only within the city, but throughout the suburbs as well.

Originally Perth was the first port of call for many immigrants from Yugoslavia, Italy and Greece during the gold rush period in the late 19th century. As a lot of these immigrants also came from the United Kingdom, their fare for passage was made for only ten pounds. The Australian's quickly picked up on this, and subsequently the nickname ten pound specials came into being.

The mining industry in the State of Western Australia continues to boom to this day. Now Perth is known as a FIFO "Fly In Fly Out" town. If considering a holiday in Perth it is definitely recommended that you book accommodation as far in advance as possible, as sometimes hotel prices can be expensive and bookings can be difficult to find.

Places to visit from Perth

Monkey Mia is very popular for experiencing wild dolphins in their natural habitat. There are beautiful rusty red sand dunes with stunning white sandy beaches. If you are heading up north in your campervan it is definately worth a visit.

Getting to Monkey Mia from Perth 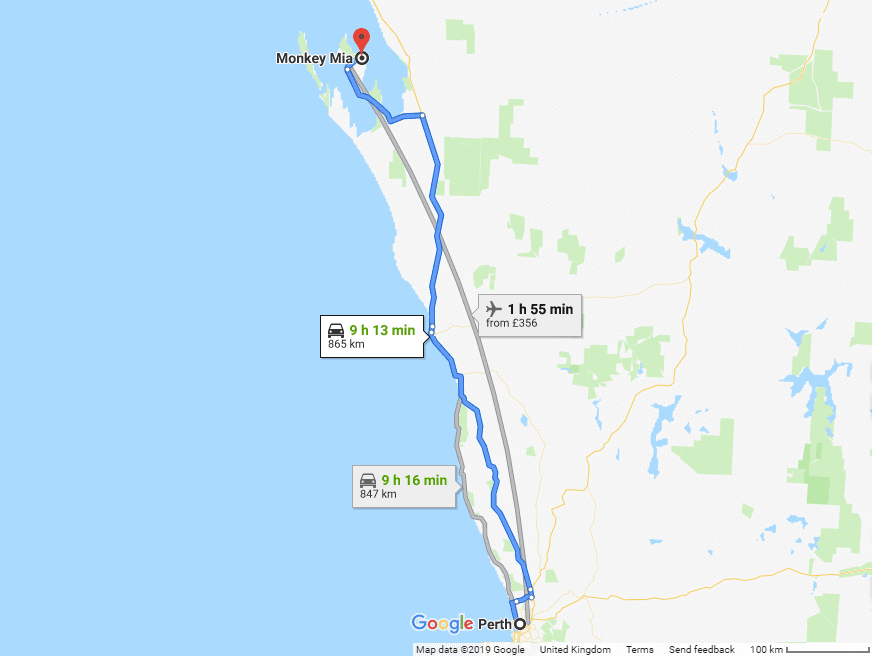 You can park your motorhome at a local campsite called the Big 4 Caravan Parks which is located at 1 Monkey Mia Rd, Denham 6537. They provide powered sites for campervans from as little as $58 per night and have many on site facilities and activities for the whole family.

More things to do around Perth

Perth is a very historical city, and there are so many attractions and activities to do. Whatever you do make sure that you visit historical Fremantle including the Fremantle Gaol, Kings Park, the Perth Zoo, Yanchep National Park, Cohunu Koala Park, and Rottnest Island.

As with most locations in Australia, Perth is also a gateway to some wonderful wineries such as the Swan Valley, Margaret River, Perth Hills, Pemberton, the Coastal Region and the Great Southern Region.