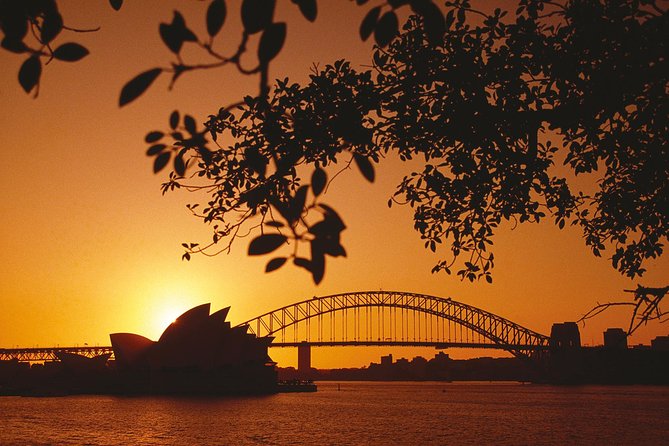 See the Itinerary for full details. 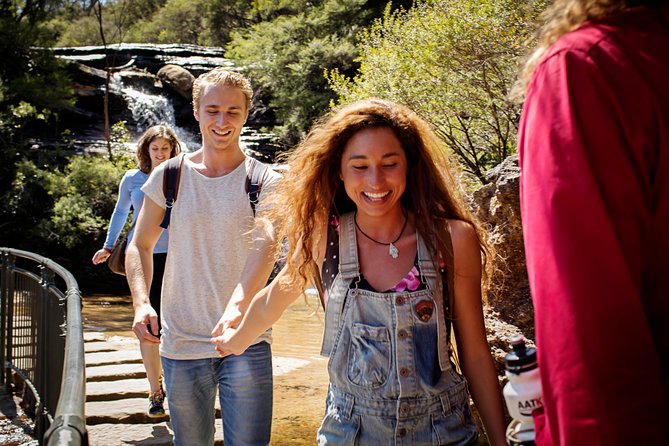 Confirmation will be received within 48 hours of booking, subject to availability

For those booking the Standard hotel option, you will stay at the Vibe Hotel if travelling before April 2018. If travelling from April 2018 onward, you will be staying at Rydges Sydney Central Hotel

For those booking the Superior hotel option, you will stay at the Sofitel Sydney Wentworth if travelling before April 2018. If travelling from April 2018 onward, you will be staying at Hyatt Regency

This tour/activity will have a maximum of 50 travelers


The buses were very nice with leg room. The driver was good too.


The tour was great though Viator should have well coordinated the vendors on field. They did not know what we were talking about.


Plus: The Vibe hotel and staff were amazing and EXTREMELY helpful!!. I would strongly recommend them to ANYONE!! The AAT Kings tours were well run with great tour operators. Our itinerary was waiting at the hotel desk with directions for every day. We were picked up and dropped off at hotel. The harbor cruise was beautiful and the food was good. Manly beach was lovely, city sights were interesting. The trip to the Blue Mountains was amazing and so was the wildlife park. Great experience!
Minus: Only three small items 1) The airport shuttle was confusing--where do you meet the driver? We had printed our Viator voucher but it had no directions. We called AATKings and they told us where to go. But then the airport shuttle driver wanted our voucher and we just had one copy. He agreed to take us to hotel and make a copy.
2) We were headed on a cruise. So we just lost the last transfer back to airport. A cruise line drop off option would be nice especially since both terminals are so close. MUCH closer than the airport.
3) Some of the Bondi beach tour was repetitive as we are not beach people. AAT Kings offers lots of tour options--so we wished we could have picked something else to do after the WONDERFUL harbour cruise. Aquarium visit? Opera House tour? We had an amazing time!!

Posted By : Susan B


Tour was enjoyable and informative. Prefer that drivers leave the USA recent election out of their dialogue. Not all people have their opinions and I see that it has no place it the tour.


The tours were very nice but always involved transferring busses at AATKings terminal sometimes with a wait. Loved the harbor cruise and lunch. We felt we had ample time at all the stops on the tours and the bus drivers did a fine job narrating. Transportation to the airport was included and again we had no details when or where to meet the shuttle. This tour lacks details and should not be so disorganized.


this is a good one, if you are uncomfortable booking things individually after arrival. we didn't know which way was up, so it worked for us.

when we booked it said 'vibe' or similar hotel for the stay. vibe is a boutique hotel in their description. we ended up at the 4 points Sheraton, the biggest hotel in Sydney, and exactly like other Sheratons around the world. NOT a boutique hotel by any stretch of the imagination. that said, the hotel was fine.


It was a good tour the only disappointment was at the Hotel we had asked for a double/queen bed and we got 2 singles which didn't make me happy and they wanted to charge to change it. The tours were good. Comunication was terrible trying to find out about the tour and were we meet but once we were on the tour it was good.


Horrible coordination from tour company. No one looking for me at airport- I had to find the ride to the hotel. Hotel was nice (Vibe) but not great - splurge for better hotel. The city tour was neat, though much was in suburbs getting from site to site. Suggest you do day tours on own, not this one


I found the drivers/guides for your local affiliate to be quite informative, knowledgeable and hospitable. The tours itself were fun but I wished we had more time at Katoomba Scenic World and at Featherdale Wildlife Park. I understand it’s a group tour and it’s under certain time constraints to meet everyone’s need; especially dodging the Sydney traffic to get everyone back to their hotels.

I could have easily spent an entire day at Katoomba Scenic World. BTW, why was it not mentioned it would cost $35 per person to enter Scenic world on your itinerary?

This is probably my biggest frustration and disappointment with your company; when the little details are left out, it leaves the customer at a lost.

This has already been documented: We arrived at Sydney International airport expecting someone to meet us to direct us to our transportation to our hotel. There was no one there and it was extremely frustrating; especially after a 15hr flight from Los Angeles. After clearing customs and immigration; it took us well over 2hrs to arrive at our hotel; we missed our complimentary breakfast but was later awarded with lunch on a later tour.

Somehow, there seems to be a big communication problem with your company and the vendors. The itinerary are not the same, the contact information are not the same. If you have my contact number and email address, I would think your vendor also should have that same information.

Anyhow, I could go on but I get more frustrated as I try to recall what should have been a smooth operation gone awry. I would be very hard pressed to go through your company again or have a positive recommendation.