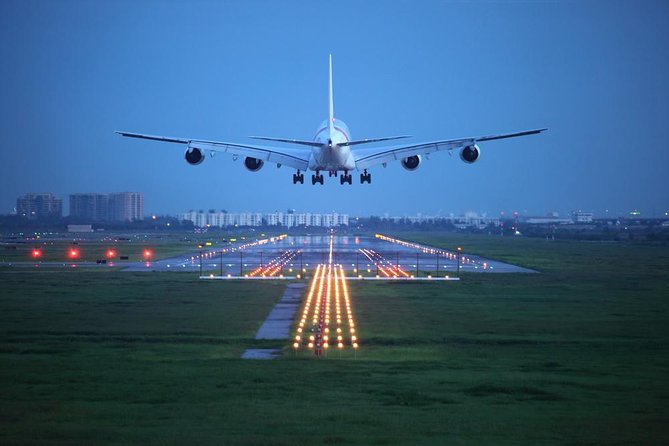 Your professional driver will pick you up from your Sydney City hotel or cruise port terminal and transfer you to Sydney domestic or international airport. Driver will assist you with your luggage, settle you into your seat and let you sit back and relax during your private drive to the airport.

For a group of one to three people you will be transferred by a sedan. For groups starting from four and up, you will be serviced by a minivan.

Please provide us with your mobile phone number in order to contact you if the driver can't find you at the expected pickup time.

Pickup is available from all hotels within City are, CBD, Darling Harbour, Rocks, Kings Cross, Darlinghurst, Surry Hills or Cruise Ship. Supplier will provide your pickup time after your booking is made. Your pickup time will be set in accordance with your flight departure time. This service operates to meet all flights departing from Sydney Domestic or International Terminals. 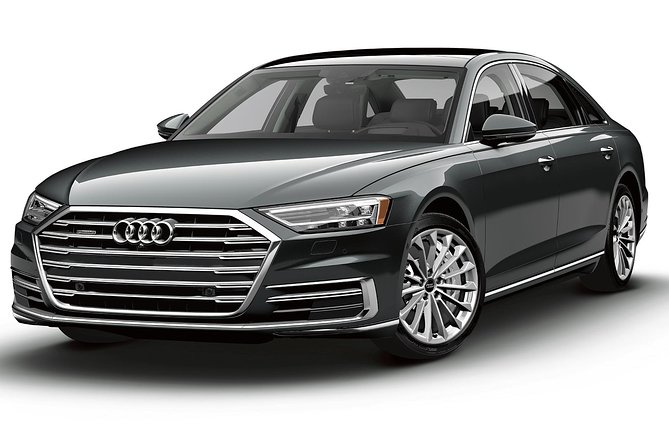 Each traveller is allowed a maximum of 1 suitcase and 1 carry-on bag. Oversized or excessive luggage (e.g. surfboards, golf clubs or bikes) may have certain restrictions, please inquire with the operator prior to travel to confirm if your excess luggage is acceptabl

Contactless payments for gratuities and add-ons


The company communicated well. Even though our departure from our cruise ship was delayed by 45 minutes, our driver waited for us It was pouring! He drove us safely to the airport


Our trip to the Airport from the dock was wonderful. The driver was very careful and got us to the airport very timely.


All the transfers from airport to hotel
Back to airport and to cruise port all carried any problems...great service


It was the best thing I could have done. We book the flight leaving Sydney 3 hours after the cruise arrived to Port and the driver was on time, waiting for us right outside at 7:30 AM. because we were delayed, but he was the most professional and fastest ride to the airport. We truly recommend booking a private transfer because the traffic to the airport in the morning is insane, and it would have taken us 2 hours to get there and cost even more. The driver was very friendly and had a luxury car. He

Posted By : Tom B


While I was expecting a car, I got a small van into which we were crowded with 8 other people. There were four of us. It made for a cramped 35 minute ride to the airport. That being said; the driver was waiting for us. He was courteous and attentive and provided us with a safe passage from downtown Sydney to the airport. I would use the folks again but I would specify a car, not a van.


The company texted that the driver on the way described the vehicle and gave the license plate#. There were several lanes for shuttles and taxis to stop and make pickups. When one vehicle moved, I was able to see a vehicle was parked in the outer most Lane that fit the description. I had my family walk over to the vehicle and as we did I was able to see the license plate# was a match. I was telling my family to stay by the van and I would look to see if I could locate the driver, and said he will hopefully notice you standing by the vehicle. The driver noticed us at the vehicle and came over to us and yelled at us that he was looking for us in the crowd (he was holding the sign with my name), I said we just saw the van and I was going to look for him, it didn't appease him, he put our bags into the hatch back, slammed the door told us to get in the side door and slammed it shut behind my wife.
He placed his cell phone to the windshield bracket and the screen showed a bunch of red looked like a stock graph. The driver seemed very irritated as he zigged through traffic abruptly making lane changes and turns until he entered the expressway that was congested. He narrowly missed hitting two vehicles during our drive to the airport. He turned the screen off while on the highway, but continued to drive very abruptly until we arrived at the airport. We were happy to be at the airport, without being involved in an accident, thankful to be leaving the country in the face of the pandemic, hopefully the driver finished his day without an accident.


Disappointed in this transfer. We waited and looked around for the driver The vehicle had no marking, the minivan was hidden way up at front, driver did not look for us, not out for us to find, had to call office to find out that he was already there. Van and driver smelled of smoke.


I can honestly say we have never had a worse transfer experience than this one through Go Sydney Shuttle. Not only was the driver non-existent until we called to find out where he was, he arrived in a very beat up van wearing ripped jeans and a sloppy t-shirt. He never introduced himself or apologized for being late, just rushed us into his van and took off. Very unprofessional. Our interaction with the Go Sydney Shuttle company representative was no better. They were rude and very difficult to deal with.

Posted By : Barbara B


There are 2 cruise ports in Sydney. Oceania told me which port they were using and we arranged a private sedan to take us to the airport from that port. For unclear reasons Oceania ended up at the other port. Viator had a routine shuttle at this port which we used and were charged. I received no credit for the unused private sedan which was notified immediately and free to pick up other passengers. We feel the shuttle fee should have been waived. We also feel Viator should be more aware of port changes just as they check on airline changes.